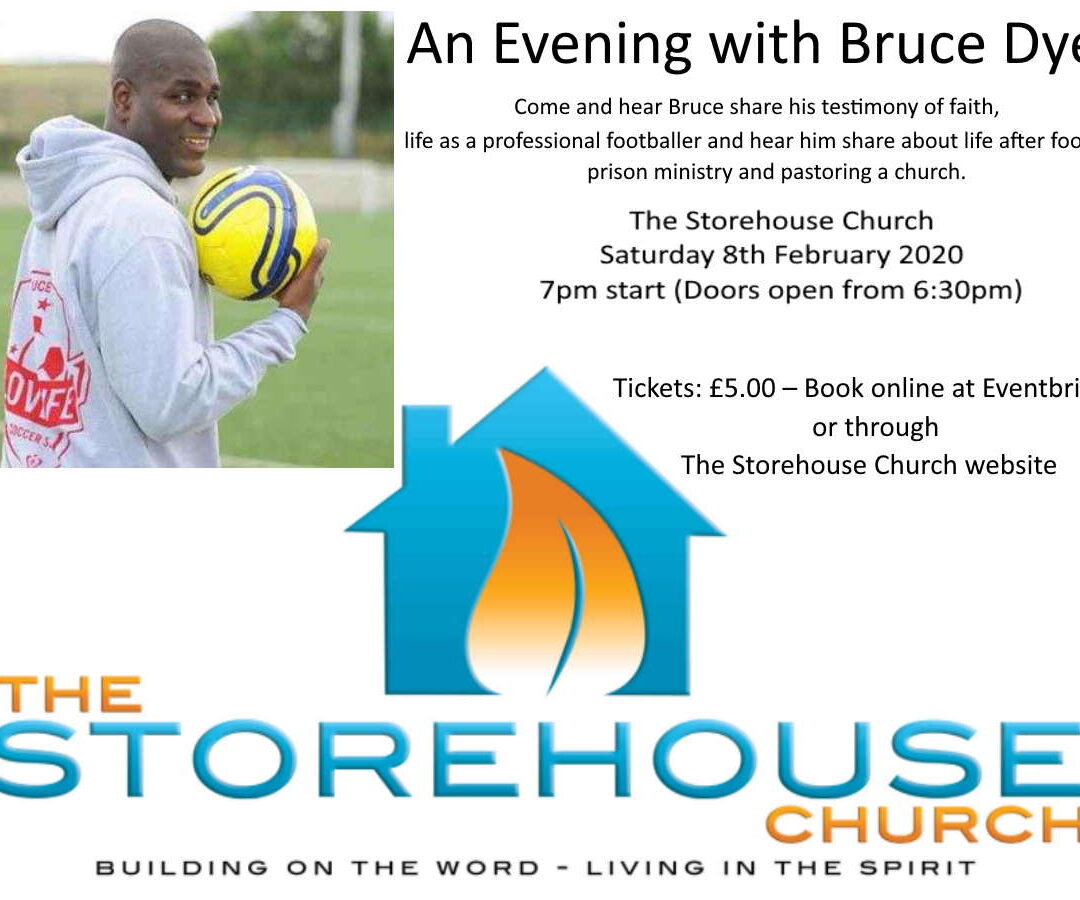 An Evening with Bruce Dyer

Come and hear Bruce share his testimony of faith, life as a professional footballer and hear him share about life after football, prison ministry and pastoring a church.

Tickets: £5.00 – Book online at Eventbrite or through The Storehouse church website.

(born 13 April 1975) is an English former professional footballer who played as a striker.

His career started in 1993 with Watford, before he became the country’s first £1 million-teenager when he joined Crystal Palace in 1994. He spent five years with Palace, playing more than 100 games, and then another five years with Barnsley, before he returned to Watford. After leaving Watford in 2005 he played for Stoke City, Millwall, Sheffield United, Doncaster Rovers, Bradford City, Rotherham United, Chesterfield and York City.

Performance cookies are used to understand and analyze the key performance indexes of the website which helps in delivering a better user experience for the visitors.

Analytical cookies are used to understand how visitors interact with the website. These cookies help provide information on metrics the number of visitors, bounce rate, traffic source, etc.

Advertisement cookies are used to provide visitors with relevant ads and marketing campaigns. These cookies track visitors across websites and collect information to provide customized ads.

Other uncategorized cookies are those that are being analyzed and have not been classified into a category as yet.