We believe that Church Membership… 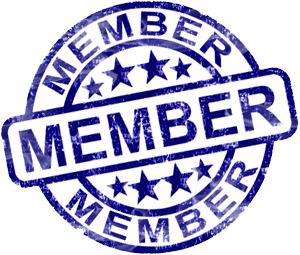 What’s it all about?

“You’ve been adopted into a worldwide family…”

In one sense as soon as anyone becomes a Christian, they are very definitely a member of God’s Church, and that’s great! You’ve been adopted into a worldwide family of millions of believers and suddenly have loads of brothers and sisters.  But it also seems quite important to know ‘which’ group of believers you belong to.

In the New Testament Christians were a part of a particular Church, and they would see this place as their spiritual home, ie the Church at Corinth or at Rome for example. We don’t know if there was any formalised structure, but they would have had to have had a means of knowing who was and who wasn’t a part of the Church.  For those who wish to see Dorchester Community Church as their spiritual home we have what we call ‘Membership’. It is something that we value highly, because every member has a key role to play in Church life. To be a member of the Church has nothing to do with following a set of rules, but it is certainly more than Church attendance every now and then on a Sunday!

Occasionally someone might say, “But I don’t see Membership anywhere in the Bible?” There are lots of things we do as Churches that are not recorded in the Bible but we see the sense in having them, ie Junior Church, notice boards, rotas, communion cups etc.  However, for further reading we think the following article by Author and International Bible Teacher John Piper is quite helpful.

Evidence in the New Testament for Church Membership

Each of these reveals something in the New Testament which would be minimized or denied if there wasn’t any definable local Church membership.

1) The Church is to discipline its Members

Church membership is implied by the way the Church is supposed to discipline its members. Consider the implication of Matthew 18: 15–17 where “the Church” (ekklesia) appears to be the final court of appeal in matters of Church authority as it relates to membership.

Jesus said, “If your brother sins against you, go and tell him his fault, between you and him alone. If he listens to you, you have gained your brother. But if he does not listen, take one or two others along with you, that every charge may be established by the evidence of two or three witnesses. If he refuses to listen to them, tell it to the Church. And if he refuses to listen even to the Church, let him be to you as a Gentile and a tax collector.”

If there is no Church membership, how can you define the group that will take up this sensitive and weighty matter of exhorting the unrepentant person and finally rendering a judgement about his or her standing in the community? It’s hard to believe that just anyone who showed up claiming to be a Christian could be a part of that gathering. Surely, “the Church” must be a definable group to handle such a weighty matter.  People know who you mean when you “take it to the Church.”  It is to the members.

Church membership is implied by the simple fact that excommunication even exists. Paul implies this in 1 Corinthians 5: 12–13 where he deals with the necessity of releasing somebody from the Church. He says, “What have I to do with judging outsiders? Is it not those inside the Church whom you are to judge? God judges those outside. ‘Purge the evil person from among you.’”

There are two implications here: One is that there is an “in the Church” group and an “outside the Church” group. Being in the Church is definable. The other implication is that a person can be removed from being “in the Church.” Such a formal removal would not be possible if there were no such thing as a clear membership, ie who is an accountable part of this body of believers, and who is not?

3) Christians are required to submit to their Leaders

Church membership is implied in the biblical requirement of Christians to be submitted to a group of Church leaders, elders, or pastors. The point here is that, without membership, who is it that the New Testament is referring to who must submit to a specific group of leaders? Some kind of expressed willingness or agreement or commitment (ie, membership) has to precede a person’s submission to a group of leaders.

Consider the way the New Testament talks about the relationship of the Church to her leaders (ie, Elders).

Obey your leaders and submit to them, for they are keeping watch over your souls, as those who will have to give an account. (Hebrews 13: 17)

We ask you, brothers and sisters, to respect those who labour among you and are over you (proistamenous humon) in the Lord and admonish you, and to esteem them very highly in love because of their work. (1 Thessalonians 5: 12–13)

How is this leadership and this submission going to work if there is no membership defining who has made the commitment to be led and who has been chosen as leaders? If we downplay the importance of membership, it is difficult to see how we could take these commands to submit and to lead seriously and practically.

4) Shepherds are required to care for their ‘Flock’

Church membership is implied in the way the New Testament requires Elders (ie, leaders) to care for the flock in their charge. Of course Elders can extend their love to anyone and everyone (as we all should), and should, within the limits of their ability. But the question is whether the Bible tells Elders that they are to have a special responsibility and care for a certain group – a group of members. Consider Acts 20: 28 where Paul tells the Elders how to care for their flock.

“Pay careful attention to yourselves and to all the flock, in which the Holy Spirit has made you overseers, to care for the Church of God, which he obtained with his own blood.”

This verse does not say Elders cannot visit unbelievers or those who are not yet members. But it does make clear that their primary responsibility is to a particular flock. How are they to know who their flock is? Who are we as Elders and Pastors responsible for?  For whom will we give an account to God?

The way Peter speaks to the Elders in 1 Peter 5 is even more clear on this point. Verses 2–3: “Shepherd the flock of God that is among you, exercising oversight, not under compulsion, but willingly, as God would have you; not for shameful gain, but eagerly; not domineering over those in your charge (tov kleron), but being examples to the flock.”

“Those in your charge” (ie, your portion, your lot) implies that the Elders knew whom they were responsible for. This is just another way of talking about membership. If a person does not want to be held accountable by a group of Elders or be the special focus of the care of a group of Elders, they will resist the idea of membership. And they will quite possibly resist God’s appointed way for them to live and be sustained in their faith.

Church membership is implied in the metaphor of the body in 1 Corinthians 12: 12–31. The original meaning of the word member is member of a body, like hand and foot and eye and ear. That’s the imagery behind the word member in the text. Verse 12 says, “Just as the body is one and has many members, and all the members of the body, though many, are one body, so it is with Jesus.”

So the question this imagery raises for the local Church that Paul is describing in 1 Corinthians 12 is: Who intends to be treated as a hand or foot or eye or ear of this body?  There is a unity and organic relationship implied in the imagery of the body. There is something quite unnatural about a Christian attaching himself to a body of believers and not being a member of the body.

Expectation for All Believers

So for these five reasons and more we believe that membership is a New Testament expectation for all believers. Each of us should be a member of a local body of believers.

That is God’s plan for us and for this Church. That’s what we mean by membership. All of those aspects of membership are rooted in the truth that the local Church is an expression of the universal Church. Part of what it means to belong to the body of Christ is to belong to a body.