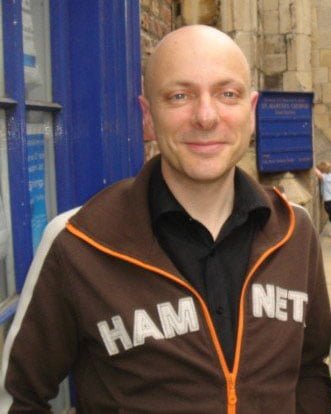 My Story by Mark

On Sunday 26th July 2009 I stood up in front of Dorchester Community Church about 10 minutes before my baptism and gave my testimony. I spoke about the following…….

It was Friday 26th September 2008 when my life changed forever, I was enjoying my day off and was doing what I loved doing on my days off- indulging myself with what I liked to do – shopping, drinking cappuccino in a variety of coffee shops, buying CD’s , spending hours on the internet (all pretty normal stuff) but it was a true reflection of my life where everything I did centred around me.  I had no real regard for others and whilst I had always believed in God, He was just a “convenient” God who I would occasionally pray to if I was having a bad day, and although I knew I sometimes did things I knew God may not approve of, I had a notion that He would be ok with it all because He forgives people and when I get old I will apologise and it’ll all work out!

Anyway, at about 4.50 pm that day, I was on my laptop when I was aware that I was drooling. Thinking it was just because I was concentrating I wiped away the dribble and carried on, only for it to happen again!  With that I got up to check myself in the mirror and became aware I had pins and needles down the left side of my body.  I looked in the mirror and the image reflecting back at me was scary. My left side of the face was drooping down!  “Oh my God” was all I could say as I instantly knew it was a stroke.  That was the first day in a long time I had mentioned His name in a context other than blaspheming.

I managed to ring my then “partner” and ambulance before completely collapsing with total left side paralysis and then the rest of the evening although conscious drifted between mild confusion and full on hallucinations like seeing goldfishes swimming in the water jugs next to other patient’s beds in the hospital!  This was the first time I ever had hallucinated without the aid of certain substances!

I had a series of scans that evening and was asked countless time what my date of birth was and who the Prime Minister was, and was eventually told that I’d had a haemorrhage in the basal ganglia part of the brain and that it was still bleeding, was too far in to operate, and if it didn’t stop then after the next 24 hours it would be “very serious indeed” ( ie, I would most likely die)!!!

I have since found out that that particular type of stroke either kills or leaves the survivor not really able to function normally at all!

The next day, my brother Paul arrived after driving the 350 mile journey to Hull (the city I had made my life in) and offered to pray for me.  As I was still alive, and relatively perky considering, I agreed, providing the curtain could be pulled around the bed (because I was a bit embarrassed and didn’t want anyone to witness the praying!)

A few weeks went by and slowly I improved and I was placed in a stroke rehab unit. By then I had my beloved laptop back in my possession.  One afternoon,  on the 13th November 2008, I came across the book of Revelation, the last book in the Bible, on line.  I had read it countless times before (it was the only book of the Bible I had ever read).  I loved its dramatic unfolding of end times and always felt a bit privileged that I would be able to recognise when these events would unfold which would then give me the opportunity to repent for my ways!  Anyway, I read it for the umpteenth time, but this time it seemed different – I could see a message of hope in there and started to realise that I wasn’t in the right place with God.  It linked with a site called “Looking for God.com” which was a love letter from God to us humans.  At the end of it was an invitation to ask Jesus to be Lord and Saviour.  I prayed the prayer from my heart and instantly I felt changed.  I was so excited…. But who could I tell? I phoned my brother a couple of days later and he was obviously delighted!

Weeks and months went by, my recovery steadily continued.  I was allowed home and I feasted excitedly on Bibles, Christian literature and the mass of Christian broadcasting on Sky TV.  I returned to work and although to this day I am not fully healed, I am able to do most of what I was able to do before including being able to drive!

Since my baptism and my testimony in 2009 I have endured many battles. One thing I’ve learned since knowing that Jesus is real and alive is so is the devil!  So many times since 2009 I have fallen or lost my way, either through letting the him get the better of me or by simply just not trusting God .  I have lost or had to give up many things.  This “narrow path” sure isn’t easy, or even always pleasant!

One thing for sure is… I wouldn’t change a thing.  Not the stroke, not the failures and heartbreaks because now I know God is 100% who He claims to be.  Faithful, forgiving and above all – loving. He revealed His love and showed me what His grace really means only a few months ago.

The way God has transformed me is amazing.  I’m still broken and mess up regularly, but the best analogy was what a long term friend recently said to me when I was sharing my faith.  He said “You’re still Mark, but your different to what you used to be……you’re a lot nicer!”  That’ll do for me…