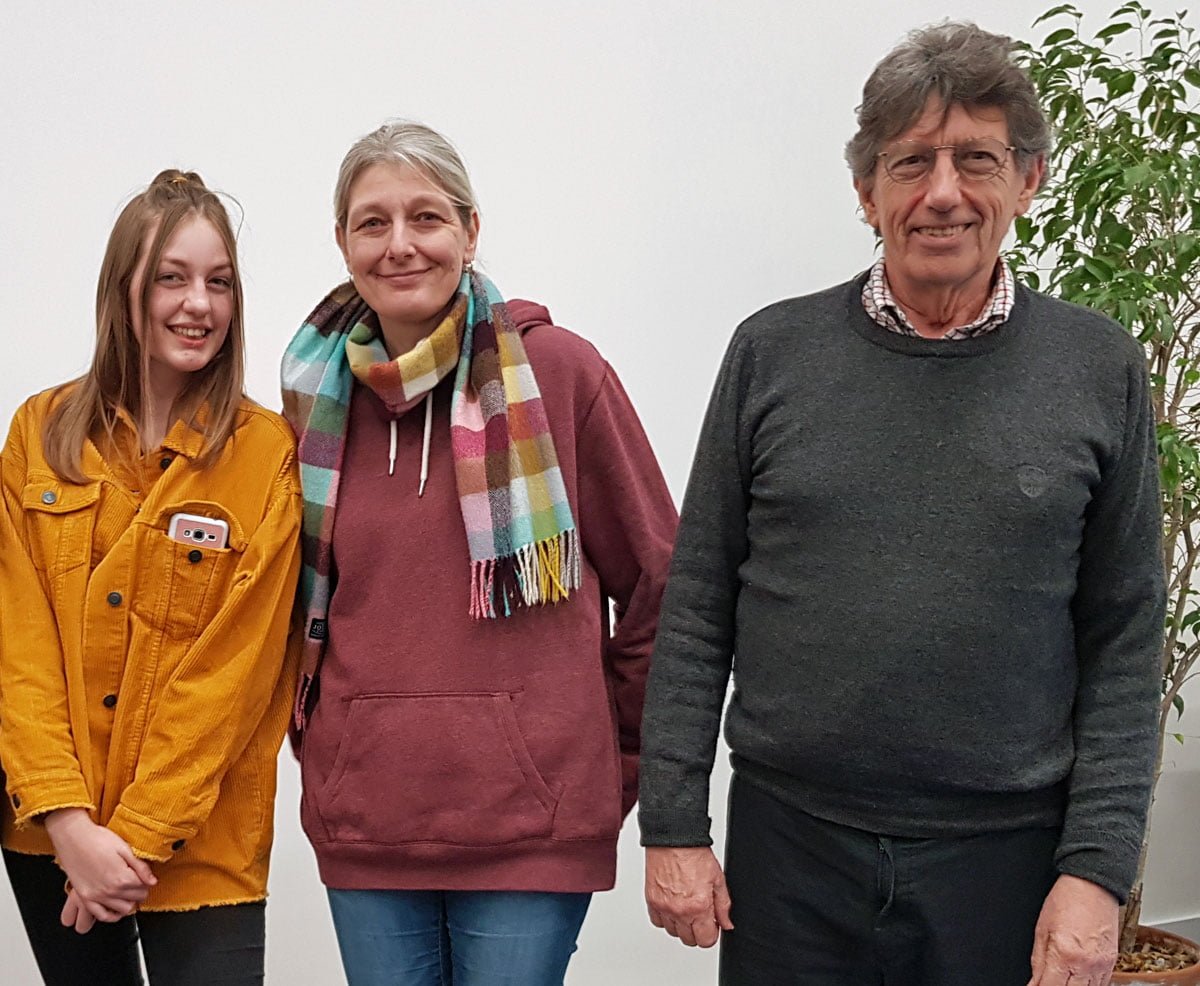 back to Life Stories

Tony thinks he’s had a faith in God since as long as he can remember. That continued within a variety of Churches, including taking his family to Mormon Churches both in France and America. Having got out of the routine of Church Tony came here with his wife Vickie and daughter Tiger-Lilly a few months ago. He felt quite overwhelmed on his first Sunday and asked for people to pray for him.
He met up with Roger that week in the Café and downloaded about his life, his success in business, financial disasters in property, living abroad, but then about lots of the things he’d read concerning faith and God. He admitted to having a lot of doubts. They chatted for ages and then Mark Buller shared with Tony what had happened to him and how he found faith from what he had read but also from the ‘Alpha’ course he’d been on at the Church. Roger went through a small booklet on what a fresh start was all about. It was only when they reached a part of repentance that Tony confessed, “I’ve never done that before…” It proved to be a turning point. Tony went home, read the leaflet, knelt down on his own by his bedside and said his prayer of commitment, thanking Jesus for dying for him and asking God to forgive him. Tony has been eager for his family to have a fresh start, and last week decided to take the plunge with his wife and be baptised. He told Roger this week, “This is an amazing Church” and he also now wants to become a member here. Tony and Vickie has also recently started going to a LIFE Group.

Listen to my Testimony

Before I was a ‘proper Christian’ I was a lot more judgmental, constantly stressed and unhappy. I grew up in Church but never actually understood what I was actually doing. I just played around! When I did get interested I couldn’t understand why Jesus would sacrifice everything for people he never knew?! I then realised his love was bigger and mightier than anything I ever knew.
It was when we were a part of the Mormon Church that I felt the presence of God and became a Christian. Things just seemed to fall into place. I know that some of the teaching is different from here but this was where God first became real for me. I feel it’s like this was a stepping stone to coming to this Church…
We have since spent time talking to Roger and I know that all I need to follow is what is in the Bible. I now know a lot more and feel that God has led us here as a family. Since becoming a Christian I have become a lot more happy. I also feel like I’ve become more loving and understanding as well. I also try to convert my friends into Christians! Of course I slip up and have doubts, who doesn’t?! But my faith really makes me think about everything I do.
I want to be baptised so I can give myself completely to God. I hope this brings me even closer to Him and will give an extra special connection to Him. I know that no matter what I do Jesus will always be there for me. And with my GCSEs coming up I really need to know he is right now!!!