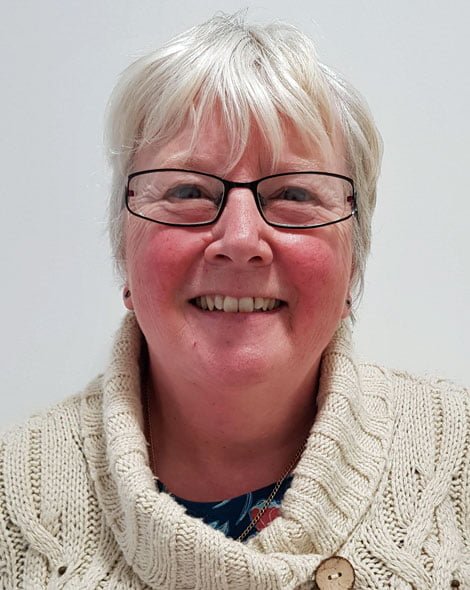 l have been at DCC since 2016, after moving down from Kent.

My journey with God began when my sister used to take me to Sunday school – where she was a leader. I only attended church when she could take me. When l was 7 or 8, the country was in crisis – and we were fearing a nuclear war. I remember my brother going to Civil Defence classes, and talk about covering the windows with black paper and stuff like that. I was very scared.

I began talking to God, and began every prayer with a plea that He would keep this country free from war. From that time, l have always put my faith in Him, and He never ceases to amaze me with the things He does.

I didn’t go to Church much as a teenager or young adult, except when on Church Parade with the guides, and later Sea Rangers. I was married in church in 1980, and when l had my daughter in 1985 l took her to church when she was 2 weeks old, and have been going ever since. I was confirmed in an Anglican service in 1986.

Despite being christened as a baby, and confirmed as an adult, the importance of Baptism has been on my mind for some time. I already have a personal relationship with our Lord, but my confirmation, although very important and meaningful at the time, now seems rather ‘religious’, and ‘clinical’. I have chosen to take part today, as l feel it will make me feel more complete in my faith, and to show Jesus how much l love Him.